Since Bitcoin was introduced in 2009, we have seen a tidal wave of other cryptocurrencies enter the marketplace, two of the more well-known being Ethereum and Litecoin. Each of these are unique with their own particular and unique characteristics. Litecoin, as its name suggests, belongs to the broad category of “coins”, while Ether is an example of a token which is used to make transactions on the Ethereum network. Let’s dive a little deeper.

Ethereum is a decentralized blockchain platform that establishes a peer-to-peer network that securely executes and verifies application code, called smart contracts. Smart contracts allow participants to transact with each other without a trusted central authority.

Ethereum was launched in 2015, after founder Vitalik Buterin decided to improve on Bitcoin. He wanted a cryptocurrency that could deliver outstanding functionality, especially in terms of processing speed. Ether’s transaction speed is just 15 seconds, much faster than the 10 minutes bitcoin’s transactions can take.

Ether is priced in USD. It was worth just $2.80 when it first launched, and hit an all-time high of $4,869 in November 2021. Ethereum is the world’s second largest cryptocurrency by market cap. The cryptocurrency relies on blockchain, just like Bitcoin, but is used in a different way. This has led to Ethereum being recognized as having real world values. Two examples of this are Decentralized Finance and Non Fungible Tokens. DeFi aims to create traditional financial instruments with cryptocurrency applications built via smart contracts. NFTs are tokens that are used to represent ownership of unique items. They enable us to tokenize assets like art, collectibles and even real-estate, where ownership is secured by the Ethereum blockchain so that no-one can modify the ownership records.  Of particular relevance in the world smart contracts is the asset-class known as security tokens. These tokens are built on a blockchain such as Ethereum, with ownership rights embedded in the tokens.

Just like many of the other cryptocurrencies, Litecoin was also created to improve on some of the perceived failings of Bitcoin – primarily a higher number of tokens and much faster processing speeds. Litecoin is priced in USD per coin and reached a peak of $468 in May 2021. It was launched in April 2013 by Charlie Lee, a former Google software engineer. Lee was central to a change in attitude about bitcoin and knew that the success of all cryptocurrencies would be tied to the stalwart Bitcoin.

Litecoin uses blockchain in a similar way to Bitcoin, but it has very low transaction fees and has adopted “segregated witness” (Seg Wit) – a process by which the size of the blocks in a blockchain is reduced by removing data. LTC is built to be used in everyday transactions, whereas Bitcoin has evolved into more of a “store of value”.

Key Differences between Ethereum and Litecoin

How does Ethereum function?

Ethereum is a decentralized system of computer programs, called “smart contracts,” based on blockchain database technology. They’re called “smart” contracts because they are coded to handle all of their own variables without outside interference.

Thousands of gaming and financial apps operate on top of the Ethereum blockchain, making it one of the world’s leading decentralized digital platforms. The description ascribed to Ethereum by the platform itself goes, “a global, decentralized platform for money and new kinds of applications.”

Ethereum can perform different financial transactions, carry out smart contracts, and conveniently store data for third-party applications. In addition, the platform can also be used as a digital currency, the area in which the financial world knows the platform.

How does Litecoin function?

Litecoin is a peer-to-peer (P2P) virtual currency, which means it is not governed by a central authority. Litecoin’s network offers instant, near-zero cost payments that can be conducted by individuals or institutions across the globe.

The Litecoin network was founded on October 13, 2011, and was originally created as a fork of bitcoin (BTC) to improve on three main issues faced by the bitcoin network — speed, scalability, and centralization.

Litecoin is designed to be an ideal digital assets payment method for merchants and consumers, providing instant transaction confirmations. It uses a proof of work (PoW) consensus to secure the network, similar to Bitcoin.

Like Bitcoin, Litecoin operates on an open-source blockchain that is not under the control of a single central authority. To ensure that new transactions do not contradict the blockchain’s transaction history, each Litecoin node operator has a copy of every blockchain, and miners assist in processing new transactions by including them in recently mined blocks.

Who is the founder of Ethereum?

However, the Ethereum blockchain has not been made in isolation, or via any one company or individual. Instead, as an open-source and distributed project, the Ethereum protocol has been built upon and added to by a huge number of parties.

These parties have all converged on the Ethereum platform to take advantage of its superior technical specifications and smart contract capability, with many of them building open-source solutions upon the Ethereum blockchain for all to use.

Who is the founder of Litecoin?

Charlie Lee, the creator of Litecoin (LTC), one of the earliest altcoins, is best known as a highly successful entrepreneur in the emerging cryptocurrency industry. Lee has always described Litecoin as a complement—not a competitor—to Bitcoin: as “silver to Bitcoin’s gold.”

Both Ethereum and Litecoin are listed on the INX One platform, which is fully regulated.  INX offers trading and investing in cryptocurrencies as well as security tokens. Knowledge is power and the better understanding one has of the assets being offered, as well as the environment in which they are being traded, will in turn lead to calculated and educated trading decisions. 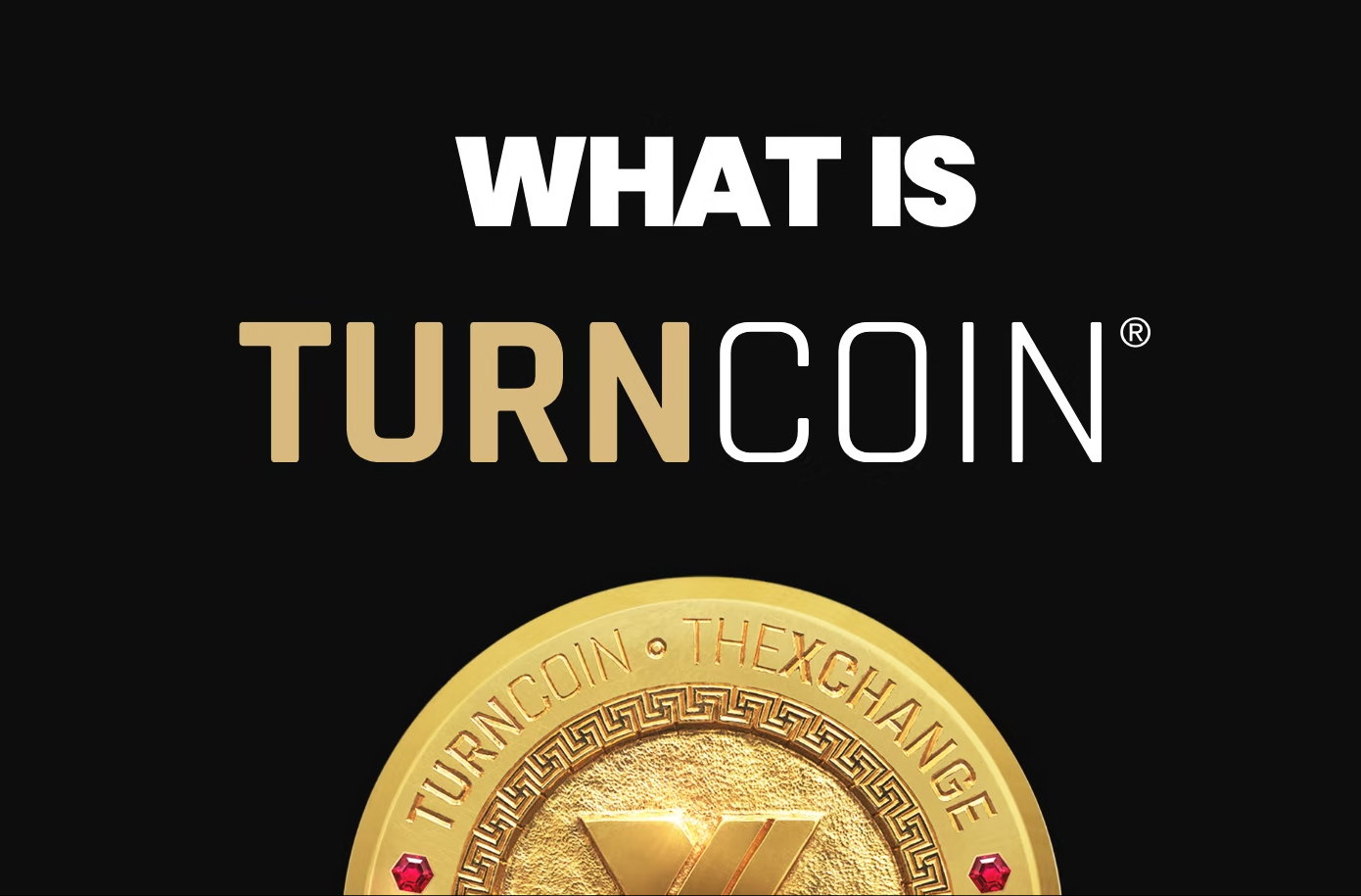 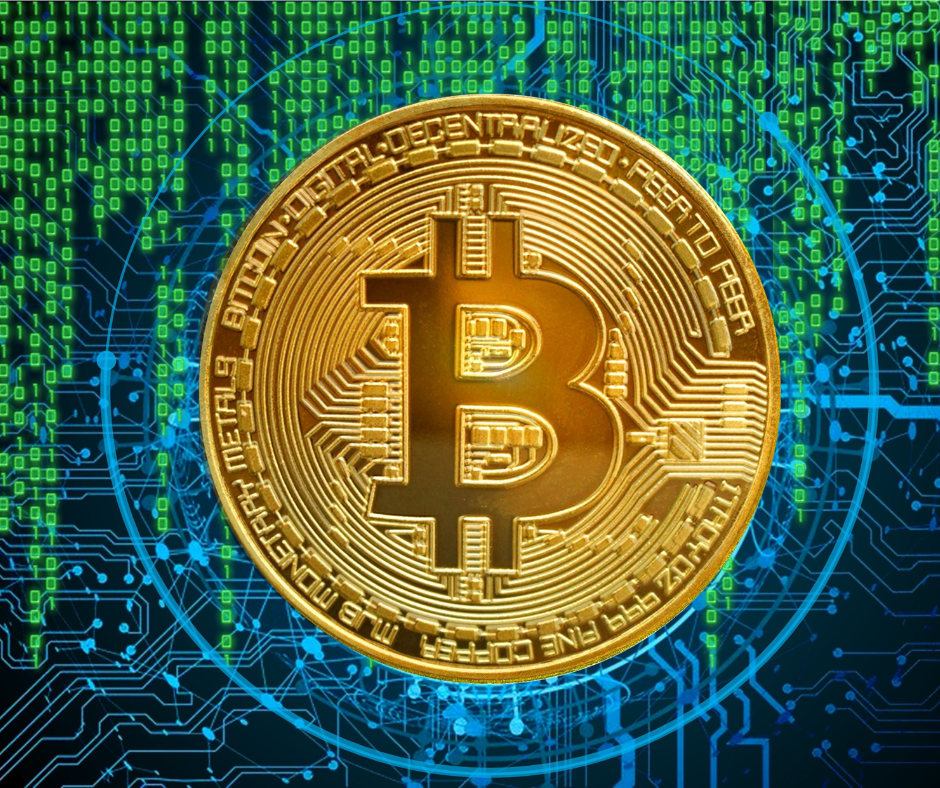 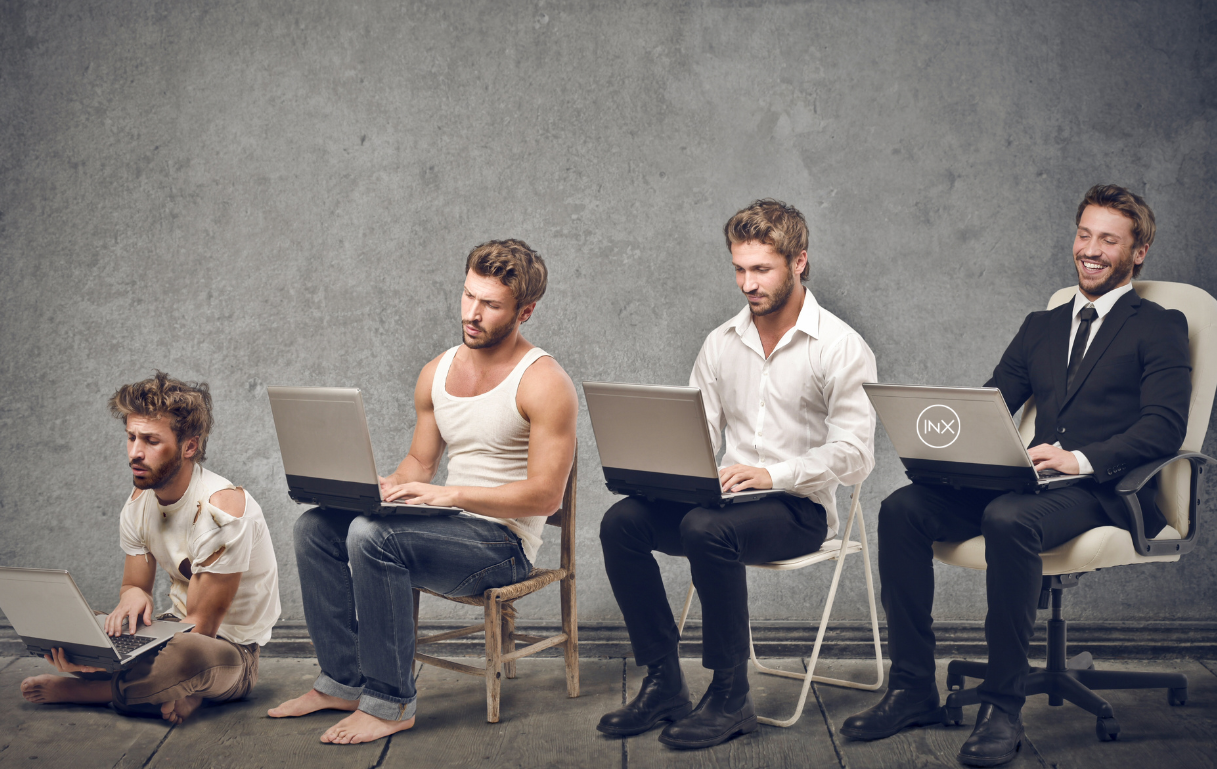 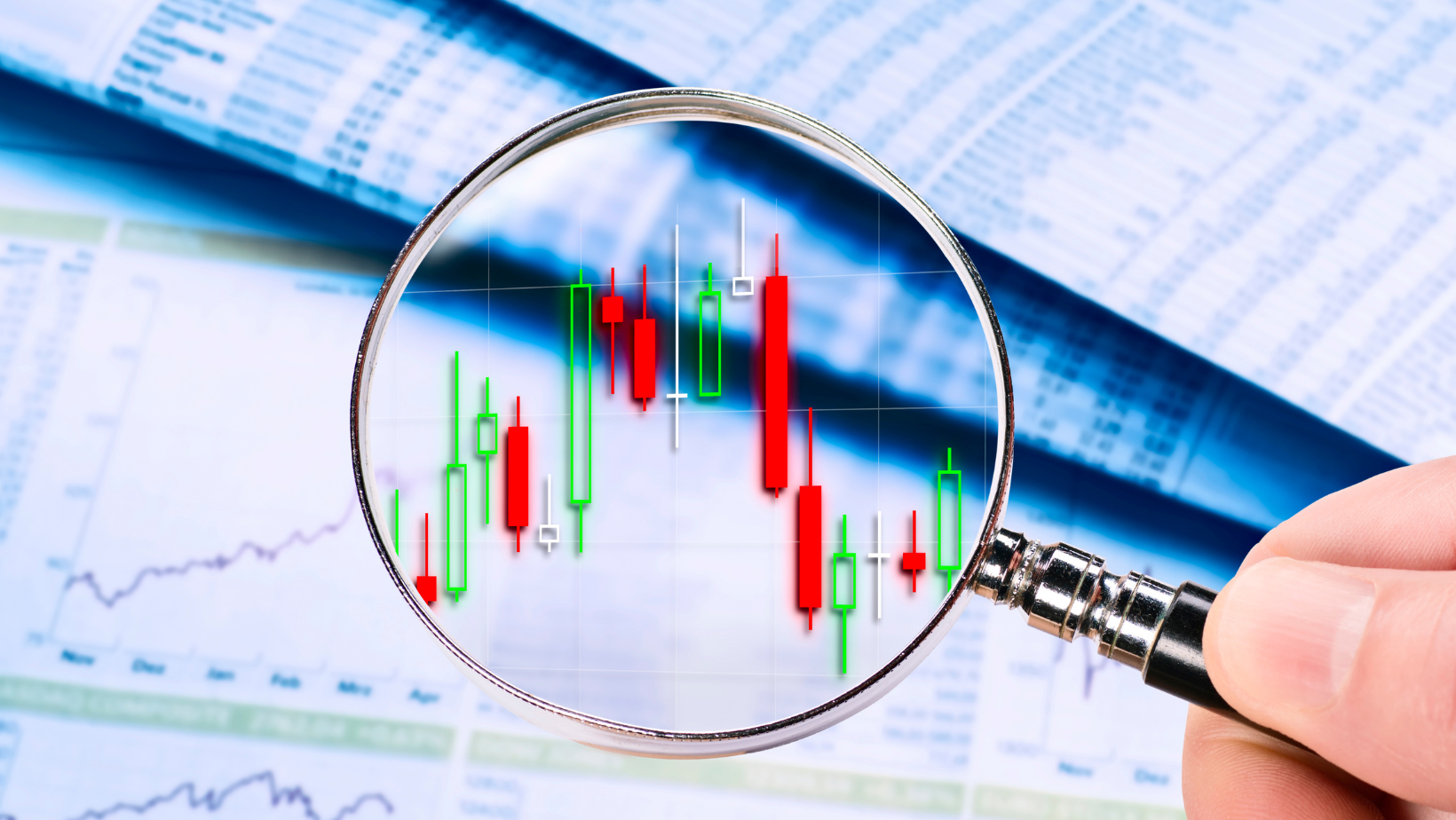 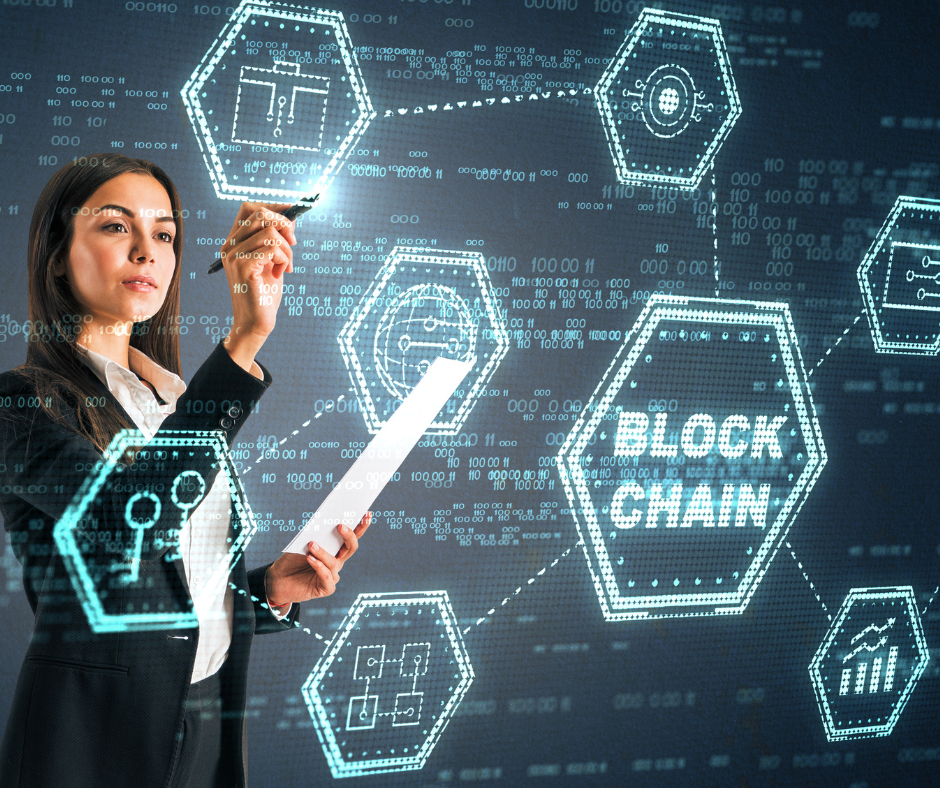