Like Venmo and PayPal, traditional financial systems need prior approval to move money and rely on debit/credit accounts. On the other hand, Bitcoin is entirely decentralized, making it possible for anybody to transmit money to anyone else.

Bitcoin is a digital currency with a limited number in circulation (21 million). You do have the ability to transfer Bitcoin and don’t need to purchase a whole one.

When it comes to Bitcoin transactions, the blockchain acts as a bank’s ledger or a record of client currency. On the other hand, a bank’s register is kept in a single location in the bank’s building. Everyone is welcome to join the network, which is not governed or controlled by any organization or government.

Depending on your objectives, Bitcoin may serve as:

– a comparable store of value such as gold

– a means to transmit money globally

Bitcoin’s market valuation and trading volume (abbreviated as BTC) remain the highest since its creation, despite the hundreds of additional cryptocurrencies that have appeared.

The Mystery Behind Bitcoin – Who Created It?

Let’s travel back in time to learn more about Bitcoin’s roots. No one still knows who invented Bitcoin after a decade of inquiry by journalists and cryptocurrency community members. Who created Bitcoin is a mystery to this day. Satoshi Nakamoto, a pseudonymous person or group, published a white paper on the concept of Bitcoin online in late 2008. Since the article cited prior works, the notion of digital money was not new to cryptography and computer science fields.

As a result, trust was built between diverse online entities, even if they were hidden behind pseudonyms (like Bitcoin’s originator) or located on opposite sides of the world. Moreover (on separate planets). Both the Bitcoin private key and the blockchain ledger were created at the same time by Nakamoto.

You have a private key that unlocks a virtual vault where your purchase is stored. The blockchain is a virtual ledger that holds each private key.

How does Bitcoin work?

A person or organization has no control over Bitcoin, unlike credit card networks like Visa and payment processors like Paypal. Anyone with an internet connection may use Bitcoin, the world’s first open payment network.

To be more precise, here’s how it all works:

Cryptocurrency transactions are verified and recorded using special computers called “mining rigs.” Anyone who wanted to become involved in mining in the early days could use an ordinary desktop computer. It is common for large organizations to combine resources to purchase computer systems that are now considered essential.

But how does the network encourage miners to contribute? Whenever a math problem is solved, the Bitcoin network conducts a random lottery in which all mining rigs compete for the prize. Every 10 minutes, the Bitcoin ledger is updated to reflect new valid transactions. There were 12.5 Bitcoins awarded to each of the lucky winners.

A single Bitcoin was once worthless and was valued at around $7,500 at the end of 2019. In recent years, the possibility of obtaining a fraction of a Bitcoin has become one of the essential characteristics of Bitcoin. The smallest Bitcoin unit, the satoshi, may be divided into eight decimal places (100 millionths of a Bitcoin).

The total number of Bitcoins in circulation is limited to 21 million, and only 21 million Bitcoins will ever be created. But several different qualities make Bitcoin so valuable:

How to Use Bitcoin

The way to use Bitcoin is to transmit and receive payments electronically. You have total control and privacy over your blockchain transactions, just like you do with other cryptocurrencies.

Since most companies do not immediately accept Bitcoin, you will need a “digital” or “Bitcoin” wallet to hold your balance. Bitcoin wallets are available in several formats, including mobile applications, desktop or online software, and hardware (such as a USB stick) that allows you to transfer and receive funds via alphanumeric or QR codes. It is a great advantage to trade on platforms that will enable wallets, such as INX, where you can set up the digital wallet of your preference.

Instead of entering card information, you will submit the payment amount and the vendor’s public key (such as an email address) through a wallet app. When using smartphones or tablets in person, a QR code will appear to expedite the process; when scanned, your wallet program will immediately enter the necessary data. INX, for example, is a leading platform that operates a meticulous process.

How to get Bitcoin

To take full advantage of the potential that bitcoin presents to each of us, we should all have the ability to get Bitcoin and trade it on a safe and regulated platform. By using the INX platform, you may list and trade cryptocurrencies while confident that all transactions are done compliant within all applicable regulations while safeguarding your privacy and security with industry-standard security measures.

3 Easy Steps to Register for an Account at INX (crypto.inx.co).

2. Fund your account/wallet to invest with no minimum cost.

3. Place your order for cryptocurrencies

What is Bitcoin mining?

For the Bitcoin digital currency system, bitcoin mining is the process of confirming and distributing new transactions and creating new bitcoin. In exchange for products or services, Bitcoin is a kind of digital money known as a “coin.”

How difficult is it to make a Bitcoin payment?

Bitcoin transactions are more straightforward than debit or credit card transactions, and they may be accepted without opening a bank or merchant account.

Bitcoin is a digital alternative to fiat money and is decentralized via the blockchain, as transactions are made person-to-person. But yes, bitcoin is technically real money, and you can use it to buy things, but it’s not widely accepted yet. 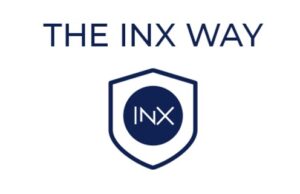