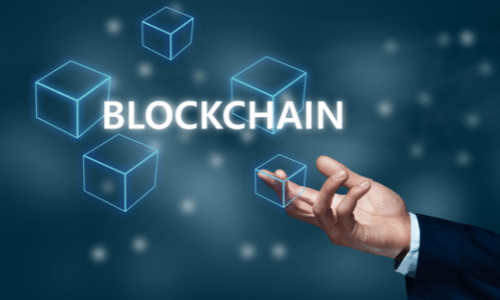 What is blockchain technology?

Blockchain technology is a distributed ledger system that permits cross-network transactions. A blockchain acts as a database, electronically storing data. Blockchain technology is well-known for its critical role in cryptocurrency systems, ensuring transaction security and decentralization. The peculiarity of a blockchain is that it guarantees the correctness and security of data records and builds trust without the intervention of a third party.

How does blockchain technology work?

Blockchain technology’s objective is to facilitate the capture and sharing of digital information, but not its modification. Thus, a blockchain serves as the foundation for immutable ledgers or records of transactions that cannot be edited, erased, or destroyed.

Moreover, blockchain technology is a multi-step process described as a transaction initiated by an authorized individual, which the technology must authenticate. This operation creates a block containing the transaction or data in question, and the block is delivered to all networked computer nodes.

Numerous approaches exist for establishing decentralized security and trust using blockchain technology. New blocks are always maintained chronologically and sequentially, and they are permanently attached to the “terminus” of the blockchain. Once a block is put on the blockchain, its contents cannot be altered without the consensus of a majority of the network. Each block includes its hash, the hash of the preceding block, and the specified timestamp. Hash codes are generated mathematically by converting digital data to a string of numbers and characters, and when data is modified, the hash code is likewise modified.

What is the difference between a database and a blockchain?

A traditional database and a blockchain are how data is organized. A blockchain is a decentralized digital ledger that contains data. Each block is composed of a set of data. Blocks have a finite amount of storage and are closed and attached to the previous block when they are complete, forming a data chain. All subsequent information is added to the chain after completion.

While a database is often designed around tables, a blockchain, as the name implies, is structured around linked chunks (blocks) of data. When decentralized, this data structure automatically develops an irreversible data chronology, and when a block is completed, it becomes a remembered part of that chronology. When a block is added to the chain, it is assigned a precise timestamp.

The added value to traditional Financial

Perhaps no sector stands to profit more from blockchain integration than banking. Financial institutions are typically open five days a week during regular business hours. If you attempt to deposit a check at 6 p.m. on a Friday, the funds will almost certainly not post to your account until Monday morning. Even if you deposit during business hours, the transaction may take up to three days to validate due to the volume of transactions that banks must settle. On the other hand, blockchain is a 24/7, 365 operation.

By incorporating blockchain technology into banks, users may expect transactions to take as low as 10 minutes—basically, the time required to add a block to the Blockchain, regardless of the day or week. Banks may utilize the Blockchain to provide faster and more secure money transfers between institutions. For instance, the settlement and clearing process might take up to three days (or more if dealing with foreign counterparties) when the money and shares are frozen in the stock trading sector.

Given the magnitude of the transactions, even a few days in transit might incur considerable costs and hazards for banks.

A blockchain wallet is a digital wallet that allows users to hold and securely cryptocurrencies such as Bitcoin, Ethereum, and others very securely; the term “Blockchain Wallet” refers to the wallet service offered by Blockchain. Moreover, a blockchain wallet enables users to send and receive bitcoins and convert them to their local currency.

A network of thousands of computers ensures the chain’s correctness. This eliminates human interaction in the verification process, resulting in less human error and a more accurate data record. Some benefits of blockchain are:

Many blockchain networks function as public databases, which means that anybody with an Internet connection may examine the network’s transaction history. While users have access to transaction data, they do not have access to personally identifiable information about the individuals who conducted the transactions. It is a widely held misconception that blockchain networks like bitcoin are anonymous when they are just secret.

The vast majority of blockchains are entirely comprised of open-source code. This means that anybody may examine its source code, allowing auditors to audit the security of cryptocurrencies such as Bitcoin.

Benefits of Trading with INX

As privacy may be at risk, INX makes it a priority to keep your information secure. Cryptocurrencies and digital securities may be exchanged on INX with complete regulatory compliance, fair trading norms, security processes, and privacy safeguards. INX keeps track of balances, manages wallets, and provides reports on transactions. Automated trading confirmations and reporting systems constantly monitor and execute trades and positions.

It is really easy to get started, you will need to create an account via INX and then set up your digital wallet, in order to deposit money and choose the crypto you want to invest in. INX accepts all kinds of wallets such as Metamask.

Bitcoin’s blockchain records, as previously stated, monetary transactions in the form of blocks. Today, approximately 10,000 other cryptocurrency systems based on the blockchain exist.

Blockchain technology offers a plethora of applications and is being utilized in a vast number of industries, including banking, government, and business, among others:

Blockchain use in finance:

Blockchain use in business

Blockchain use in government:

Can blockchain data be deleted?

Blockchain is based on the idea that data or transactions should not be kept in one place. A network of computers will keep all of your information forever. Once data is sent there in a blockchain network, it can’t be changed or removed from all systems.

How many crypto blockchains are there?

More than 10,000 other cryptocurrency systems are running on the blockchain.

What is blockchain mining?