What is Litecoin? A Beginners Guide to Litecoin and how it works

Main
>
Learn
>
What is Litecoin? A Beginners Guide to Litecoin and how it works 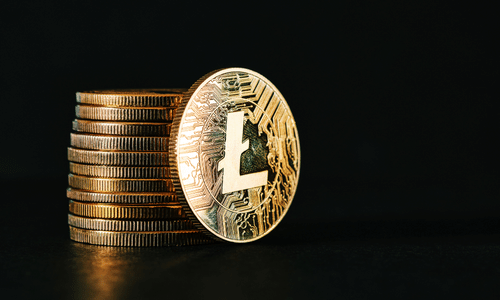 Litecoin is the second-oldest cryptocurrency after Bitcoin and may not make headlines as often as bitcoin; it is nevertheless a well-known cryptocurrency.

While Bitcoin has become more of a "store of wealth," Litecoin is designed to be utilized in daily transactions. In addition, Litecoin sought to address some of Bitcoin's perceived faults, such as transaction processing times and mining monopolies, among other things.

Bitcoin was forked, and Litecoin was born. As with other cryptocurrencies, Litecoin uses a transparent, digital public ledger that is peer-to-peer and decentralized. People and organizations throughout the globe may swap Litecoins extremely instantly, at nearly no cost, according to the currency's design.

Litecoin employs a proof-of-work technique similar to Bitcoin to validate transactions on the blockchain. However, it's regarded as a "lighter," and speedier version of Bitcoin as new blocks are mined every 2.5 minutes.

Unlike conventional fiat currencies, the total quantity of Litecoins in circulation is capped at 84 million, and approximately 67 million Litecoins were drilled by October 2021.

Moreover, by reducing the time required to add new blocks of transactions to its blockchain, Litecoin's technology would first distinguish itself from its rivals. Businesses, which previously had to wait for six confirmations (roughly an hour) before considering Bitcoin payments complete, may find this advantageous. Litecoins' objective is to adopt a more aggressive development strategy.

In the middle of the 2010s, they pioneered new features like the Lightning Network and Segregated Witness, also present on Bitcoin. The market has seen these initiatives as more in keeping with Litecoin's ethos than as a means of igniting competition across networks because it has always been marketed as an alternative to Bitcoin. Early marketing attempts went as far as branding the currency as "silver to bitcoin's gold," which continues to attract consumers today.

Litecoin is a version of the Bitcoin code with many of the same characteristics. As a result, if you're familiar with Bitcoin, you'll probably have no problem comprehending Litecoin.

Litecoin's software sets a hard cap of 84 million on the total number of LTC that may ever be issued using cryptography for ownership and trade.

Proof-of-work mining, like Bitcoin, is used by Litecoin to allow anybody who devotes the resources of their computer to add new blocks to the blockchain and earn the newly created Litecoin.

Litecoin strives to complete transactions quicker and employs a different mining method, the two critical distinctions. A new block is added to the Litecoin network about every 2.5 minutes (as opposed to 10 minutes on Bitcoin).

Litecoin has since been a great testing ground for developing new and innovative cryptocurrency features.

Litecoin implemented "Segregated Witness" in 2017 to increase the number of transactions that may fit in a block. Litecoin's first Lightning transaction was performed later that year, demonstrating how a layered network architecture may be used.

While bitcoin and Litecoin have many characteristics, there are a few key distinctions:

How to Trade Litecoin

On a platform such as INX, the cost of one Litecoin is often shown in U.S. dollars (USD) or BTC. The investor can swap money in return for Litecoin, and you will be able to trade Litecoin as the price moves.

Why Trade Litecoin with INX?

INX allows you to list and sell cryptocurrencies confidently while protecting your privacy and security with industry-standard security measures while remaining compliant with all current rules.

Using this method, you can begin trading Litecoin in three easy steps.

When it comes to the volatility of Litecoin, variables such as bitcoins are likely to have a role.

What is Litecoin used for?

Litecoin's primary goal is to serve as a medium of exchange for parties not directly involved in the transaction.

Virtual currency Litecoin (LTC) is similar to Bitcoin because people and businesses may use it to conduct transactions worldwide without needing a central bank. LTC payments may be accepted quickly by merchants all around the globe at the cost of almost nothing. Litecoin may also be traded or held long-term like any other cryptocurrency.

Litecoin was created to make ordinary transactions more affordable and more efficient. On the other hand, Bitcoin is typically utilized as a long-term store of wealth.

Is It Possible to Trade Litecoin for Bitcoin?

Litecoin can be converted to Bitcoin, but the reverse transaction  is also feasible. Make sure you have a trading platform or an app before proceeding.

How To Buy and Trade Litecoin Efficiently and Securely
Buy Crypto

Thank you for joining and welcome to INX.
Oops! Something went wrong while submitting the form.
“INX” refers to The INX Digital Company, Inc, a technology company headquartered in Gibraltar and its affiliates.
THIS WEBSITE IS OWNED AND OPERATED BY INX. INX IS NOT A BROKER-DEALER, INVESTMENT ADVISER, OR FINANCIAL ADVISOR. INX DOES NOT GIVE INVESTMENT OR LEGAL ADVICE, ENDORSEMENTS, ANALYSIS, OR RECOMMENDATIONS WITH RESPECT TO ANY SECURITIES OR OTHER DIGITAL ASSETS. NOTHING ON THIS WEBSITE SHALL CONSTITUTE OR BE CONSTRUED AS AN OFFERING OF SECURITIES OR AS INVESTMENT ADVICE OR INVESTMENT RECOMMENDATIONS BY INX OR ITS AFFILIATES.
The INX Digital Company, Inc offers technology services to all its affiliates. Cryptocurrencies and related services are offered by INX Digital, Inc., a Delaware corporation headquartered in Gaithersburg, MD and registered with the Financial Crimes Enforcement Network and certain states as a money transmitter (NMLS 2094630). Digital securities and related services are offered by INX Securities, LLC, a broker-dealer/ATS registered with the SEC and member of FINRA/SIPC.
Securities transactions, products, and services are offered by INX Securities, LLC, member FINRA and SIPC. For information relating to INX Securities, LLC, please visit Digital Securities | BrokerCheck | Customer Relationship Summary.
INX relies on information from various sources believed to be reliable, including from customers and third parties, but cannot guarantee its accuracy or completeness. None of INX affiliated companies provide legal, tax, or investment advice.
Cryptocurrency and other digital asset holdings are speculative in nature and involve substantial risk, including the risk of complete loss. Past performance has no bearing on future performance and there can be no assurance that any cryptocurrency, token, coin, or other crypto asset will be viable, liquid, or solvent. Nothing in this or any INX communication is intended to imply that digital assets or related services are low-risk or risk-free and you should conduct your own due diligence before investing.